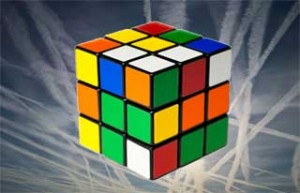 Over the past couple of weeks, I’ve run across the word “Rubicon” a good number of times, right down to the title of last week’s “The 100” episode. I didn’t even know what the word meant, but since I can usually take a hint (when applied with a sledgehammer), I decided to look it up. What I found on dictionary.com was rather interesting:

…in phrase to cross (or pass) the Rubicon “take a decisive step,” 1620s, a reference to a small stream to the Adriatic on the coast of northern Italy which in ancient times formed part of the southern boundary of Cisalpine Gaul; crossed by Caesar Jan. 10, 49 B.C.E., when he left his province to attack Pompey.

Rubicon infers that some kind of irrevocable action was taken that made a significant change to the natural course of events. With my Montauk Project background in time and timelines, the first thing that occurred to me is that we’ve jumped tracks and are now locked on to a specific timeline heading towards the future. I am not sure as to what that path is, as I simply don’t have access to the resources provided by black budget projects that I did, 30 years ago. But then again, I am good friends with serendipity…

For those that have read my postings on the rs2daniel (formerly ConsciousHugs) forum, I’ve never been one to make dated predictions, but I do discuss general trends. One of the things that happened during the Phoenix III experiments was that we did encounter some kind of distortion, referred to as a “bump,” when temporal rotation had reached about 1.5 full cycles of Earth’s orbit, at the zero crossing. Earth’s cycle is like biorhythm that recurs every 20 years. This was in 1983, so it was estimated that something was going to happen around 2013. This, of course, was close to the famed Mayan “end date” of December 21, 2012, so that got connected with this phenomenon, even though the actual data indicated that the bump was not only later on (mid-2013), it also lasted longer. It was more like a “hill” in the timeline, than tripping over a string and causing instant, massive change. But nobody had any idea of what it was, nor what it meant.

The Rubicon references got me thinking about that again, as I sit here in the office watching the airplanes crisscrossing the sky, spraying toxic clouds of chemtrails that are slowly expanding to fill the once-blue background. I’ve been around for a while; shall we say, “as old as my nose, and a little older than my teeth” and I distinctly remember what the sun looked like when a child. It used to be deep yellow and nowhere near as bright. Heck, kids could stare at the sun for a few seconds without any repercussion–except for mom yelling at you to not look directly at the sun, under threat of “no desert tonight!” These days, you can’t even glance at the sun without frying your eyeballs out, and it looks white–not yellow. It also looks physically larger to me, but that could be a consequence of the scattering of light from all the chemtrail particles in the upper atmosphere. It may also account for the spectral shift, but with the intensity of that light source, I would think it unlikely, as it does not change on the few chemtrail-free days we have. And have you noticed the rainbows? When they are arching high in the sky, the colors are wrong–heck, I’ve even seen magenta in them, which isn’t even in the ROY-G-BIV spectrum.

And then there is the weather… early February in Utah, the temperatures reached 70F–consistently–and the temps are still up in the 60s. Trees are budding, soon to put out leaves. One hard frost, and it’s “goodbye” apples and grapes. So the only major environmental factor I’ve run across is this climate shift–and I believe that is what the Rubicon references are hinting at–our climate situation has “gone past the point of no return.” We’re stuck with chemtrails now. If they were to stop spraying, the intensity of the sun would turn the northern hemisphere into a desert in short order. And we’re talking weeks, not years.

And it does seem to be the northern hemisphere, as the southern hemisphere is actually cooling down, most likely because TPTB did not waste their resources protecting ocean and jungle, and focused on the heavily inhabited areas. So life in the tropics and southern hemisphere actually got to go through the “upgrade” process that I described in my original paper on Geoengineering.

One of my favorite lines in the Sci-Fi series, Babylon 5, is General Smits comment to Sheridan at the onset of Nightwatch takeover of the station, “Now, if you’ve got a problem I suggest you look upon this as an opportunity, not a burden.” I’m stuck here in the northern hemisphere, just like billions of others–but with one difference–I have a basic understanding of what is going on around me. And I also believe that nothing happens by accident, so I am at this place and time for a reason, and it is an opportunity to learn and grow, perhaps in a different direction than the default process that is going on in the southern hemisphere.

So now it is time to collect some data, switch on the Bubble-Headed Booby (my dual-monitor desktop) and see what this cataclysmic chemtrail catastrophe can actually provide for learning and growth. With regards to Dr. Zachary Smith…

Update: Fixed a typeo, which I corrected on the original post on Antiquatis, but forgot to fix here; it was supposed to be 1.5 cycles, as the bump occurred during at a zero crossing.

I did a diagram of it, years ago, just after I ran across Larson and was trying to figure it out. Done on an Amiga 500, back in 1996, so the graphics aren’t the best: 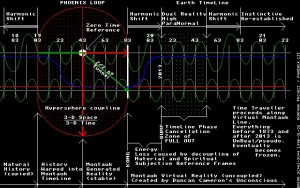